As of Jan. 1, 2023, foreign commercial enterprises and people will not be allowed to buy residential properties in Canada for two years.

Why is this being done?

This is a federal attempt to cool the speculation that has pumped up the Canadian housing prices over the past three years.

Canadian residential real estate has been bombarded with issues such as limited and fast depleting supply, bidding wars and skyrocketing prices. Not to forget the intense stress and regret for the hopeful buyers who have been priced out.

“Through this legislation, we’re taking action to ensure that housing is owned by Canadians, for the benefit of everyone who lives in this country,” said Housing Minister Ahmed Hussein in a press release on Dec. 21.

What measures are being taken to enforce the ban?

In addition to individual foreign buyers, the ban also includes non-Canadian company owners, which will prohibit them to evade the ban. Non-Canadians found in contravention of the ban will be fined up to $10,000 and may be ordered to sell the property, according to the legislation.

How big is the current share of foreign buyers?

The Canada Mortgage and Housing Commission released its 2020 Condominium Apartment Survey results in May of 2021, saying that “the share of non-resident-owned condominium apartment units was in the low, single-digits in most of Canada’s largest centres.”

Cities like Vancouver, Toronto, Montreal, and Ottawa had shares above one per cent.

Statistics Canada finds in its 2019 data that non-resident owners tend not to be owner-occupants. Non-residents own 15 to 20% of non-occupied units in Toronto and Vancouver.

Canada Bans Foreign Home Buyers – What is their Current Share of the Pie?

It can well be argued that foreign buyers make up only small fraction of purchasers and that they are not the ones driving prices higher, or purchasing all the inventory.

It is worth noting that Ontario raised its non-resident speculation tax (NRST) in October 2022 on homes purchased by foreign nationals from 20% to 25%. B.C. also already has a 20% foreign buyer’s tax. so measures are already in place to contain foreign investment.

Are there any exemptions to the ban?

Yes, there are some exceptions, including for those with temporary work permits, refugee claimants, and international students who meet certain criteria.

Please note that the legislations are often complicated to interpret, so it’s always a good idea to consult a lawyer for advice or guidance.

What type of properties are affected?

Where can I find more details?

For further questions and clarifications, it is prudent to consult with Immigration Lawyers, Real Estate Lawyers or contact the Ministry of Finance at Toll free: 1‑866‑668‑8297.

What does this Act mean for Buying, Selling Real Estate in 2023

The effects of the ban remains to be seen, especially as Bank of Canada’s interest rate hikes continue to impact Canadian economy and inflation.

About 41% of Canadians putting plans to buy or sell a home on pause, due to fear of a recession in 2023 according to a survey by RE/MAX. The 2023 Forecast by RE/MAX Canada suggests that the Canadian housing market is poised to return to “balance” in 2023 as well, with most prices set to rise outside of the most expensive markets.

Looking to Buy a Property with Your Canadian or PR Spouse or Common in law? Contact Team Kalia 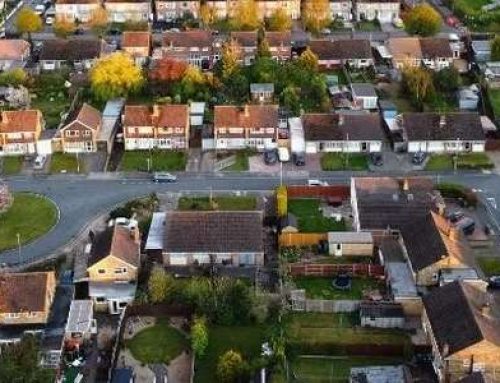