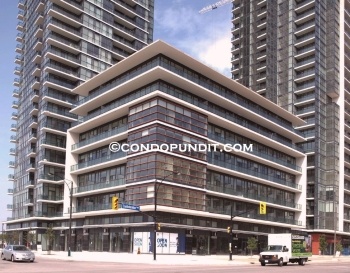 There is not a single homebuilder in the Province of Ontario that likes to delay a closing, regardless of the circumstances. According to the J.D. Power & Associates 2006 New Home Builder Customer Satisfaction Survey, delayed closings are quite prevalent in Mississauga, Downtown Toronto and Greater Toronto Area. Some reasons for occupancy delays can be attributed to record pre-construction condominium sales, lack of work crew and equpiment, unpredictable road blocks at development stage and sometimes public intervention. The customer satisfaction level of buyers who are kept well informed regarding status of construction process are found much higher than those who are kept in the dark.

The builder is permitted to extend the occupancy date of a purchaser’s condominium unit if the purchaser receives proper written notice of the extension. However, if the purchaser is not properly notified of a delay to the confirmed occupancy date, they are entitled to seek compensation under the terms of the Ontario New Home Warranties Plan Act.

Maximum no. of days for occupancy delay for condo

Agreement signed on or before June 30, 08

Agreement signed on or after July 1, 08

Compensation arising out of delayed occupancy for condos

Agnes Chmiel
19:52 17 Mar 22
Great experience, especially in a challenging situation whereby he... represented us and the seller! Easy to work with, great communication skills.read more

sabah qazi
21:47 21 Feb 22
We have been working with Amit for over a year now. Amit has been... very instrumental in our house purchase decision in Canada. When we moved from the US, we were initially hesitant to move forward with house purchase in this market. On reaching out to Amit, he set up multiple online meetings to explain to us the house buying process and Canada market very patiently. He is always reachable for guidance. We took our time to go ahead with Amit after evaluating other realtors and after that he has always been very guiding. He has numerous years of experience in this market and industry, and always gives the right guidance. Even though we were reluctant, Amit always showed us the right picture of the market and encouraged for timely decisions. He is very analytical in his approach and gives us firm decisions.We would recommend Amit for any home buyer for their house purchase. We would highly recommend Amit for first time home buyers and also for someone who is looking to buy an investment property, his knowledge and professionalism is what stands out the most and we are looking forward to continuing our professional relationship with Amit going forward. Thank you Amit and Kalia Group!read more

L N
00:19 14 Feb 22
Our experience with Amit and Pratham has always been exemplary from... start to finish. This being our first foray into real-estate investment, we were understandably anxious. Amit found us the perfect property for our needs. Once the property was ready, Pratham set us up with an A+ tenant in a few days. Pratham's work ethic, integrity, and diligence go way beyond his years, and he is a true asset. This is our real estate team for any future needs.read more

Anjaneya Kiran Kumar CHerukumilli
22:56 17 Jan 22
We met with Amit in 2017 intending to buy a pre-construction condo in... Mississauga within our budget. He covered in detail the process of buying a pre-construction condo, what to expect when buying, and the closing costs associated with the purchase with an example. We were very impressed with Amit's vast knowledge regarding condos and the market. We decided to work with Amit to find us a suitable pre-construction condo. Amit took us to good builders in the area and explained each project to us in detail. He was able to get us a great deal on a pre-construction condo with nice incentives and a friendly deposit structure. He also recommended us to a reputed mortgage agent at a bank of our choice and a professional lawyer. This made our pre-construction buying process very simple and stress-free. Since then, for any real estate market advice, we're calling Amit for suggestions and he's always helpful and shows a lot of patience in explaining the pros and cons of the context. Thank you Amit for all your help!read more

Rahul Shah
22:19 07 Nov 21
We had good experience with Amit (Team Kalia) to buy our first home... and then helping us find a good rental for our exiting condo. From buying our initial home a few years prior and now renting our existing condo to AAA tenants, thanks Amit for all your help! He provided his valuable inputs and educated us on what we need to check as a first time home buyer. He is prompt and reliable in his approach. We will definitely avail real estate services from Amit in future too. Thank you Amit and Team Kalia for making our real estate experience seamless!!read more

Bhavesh Shah
16:11 31 Oct 21
We had an overall great experience when we sought professional... services from Amit (Team Kalia) to buy an investment condo and then to rent it. He is a patient listener, he understood our requirements and provided us tailor-made strategies and recommendations. He educated us and kept us informed about the condo corporation rules, Ministry rules, and all the regulations that we need to be aware as an investor and as landlords. He always provided a detailed explanation to all our questions/doubts. When buying the condo, he negotiated the price that fit our budget and bank approval (without compromising on the unit we liked). He provided his recommendations and educated us on how to prepare a unit for leasing. We will definitely avail real estate services from Amit in future too. Thank you Amit and Team Kalia for ensuring a smooth and stress-free experience for this real-estate deal and thank you for all your valuable suggestions!!!read more

Varun Rampal
03:55 04 Oct 21
From start to my closing, Team Amjt Kalia were professional,... transparent and very responsive in closing my real estate transactions. They took the guesswork out of property purchase, and any fears of property purchase were easily handled from all topics; selection, negotiation, purchase and finding AAA Tenants. I highly recommend Team Kalia for anyone's property needs.read more

Neens
10:14 29 Sep 21
Amit is a complete package - a one stop solution if you are looking... to sell your house. He correctly advised us on the listing price, minor renovations and staging. He analyzed the market and waited to list the house when the time was right. Amit is so well connected - he sold our house much over what we were expecting and on day one. We’ve been partnering with him for the last 5-6 years and Amit has continuously proven to be the best in the real estate market.read more

Vineeth Kumar Malebennur
21:30 28 Sep 21
Amit has provided us an excellent service. His advises and... suggestions got us the best value for our property. He has delivered more than what he promised. We are proud to be the owners of the house which is sold at an over asking price which is the highest in the community around us. I would strongly recommend him to allwho are looking to sell their property.read more

Maryna Khrapach
10:37 10 Aug 21
We had very good experience selling and buying property with Amit and... his team. He’s been our realtor for years now and every time he exceeds our expectations. Amit is very knowledgeable and professional, doesn’t waste time and knows exactly what to focus on. I didn’t expect to sell that quickly and very happy with the result. Highly recommend Amit and his teamread more

V Mallur
01:58 29 Jun 21
Amit and his team helped us purchase a condominium in Mississauga. It... was a pleasure working with them, and Amit was there to guide us through the entire process. They were also able to find us a good tenant for the unit, and all the necessary steps were completed in quick time without any hassles.read more

abhijit roy
19:21 22 Jun 21
All of the above.Great individual. Perfect knowledge, master... strategist, can predict price movements, master negotiator.We were fortunate to have you in both our deals.Best wishesJayanti & Abhijit RoyMississaugaread more

Rini Palamittam
01:46 04 Jun 21
My husband and I found Amit via a simple internet search and thank... goodness we did! We were first time home buyers without much knowledge about the real estate market in Canada but we were guided through every step of the way and Amit was very calm and patient with our questions, doubts and anxieties. Amit is very sincere and has a commendable work ethic. We are so grateful to Amit-Harjit team for helping us find our first home!I would not hesitate to work with Amit on our next property related business and I would totally recommend him to my family and friends 😁read more

Damion Pollard
14:19 16 Apr 21
Amit not only got our house sold quickly, but gave us peace of mind... that my elderly mother was being heard. He maintained contact with me while my mother sold her home of over thirty years. He was patient and kind, and made sure that my mother made well informed decisions. This is an agent to use if you’re looking to buy or sell a home in a professional way that is without pressure. Absolutely brilliant!read more

Varun Sood
10:40 07 Apr 21
We reached out to many brokers/agents but one call with Amit and team... and we were sold due to transparency shown by Amit. Being on Work permit and buying a house can be an uphill task but Amit & Team walked us through the process, connected us to lawyers. Harjit was great to work as she provided unbiased inputs during house visits and Amit provided his experienced inputs. We could not have bought our first house without their inputs and are super happy with the purchase.We engaged with Amit again to buy our second house. Amit was quick to understand our requirements and worked on shortlisting properties that align to them. He provided great insights during visits (and in many cases worked on our behalf to reject projects, as he understood our goals so well). Amit works for his clients and goes over and beyond in getting them what they want. We happily bought our second house with Amit's guidance.If you are looking to buy a property, talk to Amit and Team once. You won't be disappointed.A Very Happy Home Ownerread more

Michael Fronda
16:24 17 Mar 21
We had the great pleasure of working with Amit and Pratham. The whole... process of selling our house could have been very stressful for my wife and I but Amit and Pratham made it easy and worry-free for us. They’ve surpassed our expections and highly recommend them!read more

Kristine Fronda
16:09 17 Mar 21
We had an excellent experience working with Amit and Pratham. They... remained professional and patient througout the stressful process of selling our house. Their knowledge and expertise of the market is truly impressive. We highly recommend Amit and Pratham, we are so grateful to them.read more
Page load link
Go to Top