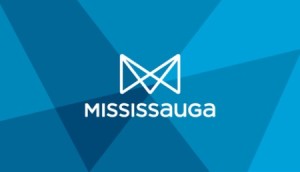 As Canada comes to the forefront of the real estate map, Mississauga is increasingly taking centre stage.

The scenic suburb, located on the shores of Lake Ontario on the western end of Toronto is already packed with an affluent, well educated population of 770,000 and growing by the day as the country’s 6th largest city. Not surprisingly, Mississauga currently rates as one of the best cities in Canada to live in, all set to score as the country’s city of the future.

As investment pours in to buy more properties and condos in Mississauga and build more residential and commercial complexes, all efforts have been taken to hold on to the pristine beauty, both within the city and around it.

Over 480 parks and woods have been preserved through the joint efforts of the government and community. Property prices are more affordable than Toronto, with no compromise on urban conveniences in the way of public transport, shopping complexes, medical and educational facilities as well as entertainment through the Celebration Square and Living Arts Centre, among others.

More reasons in invest in Mississauga

Now you know why Mississauga was declared No.1 mid-sized North American City of the future 2013/2014, by Foreign Direct Investment (fDi) Magazine, beating 79 other cities to the title.

The City of Mississauga has earned ‘AAA’ credit rating consistently since 2003 by Standard & Poor’s Ratings Services, based on the exceptional liquidity levels, debt-free position and bustling economy. Most importantly Mississauga is also one of the safest cities to live in Ontario with the lowest crime rates.

Having said that, each positive assertion comes with its downside!

As more and more people from all over the world settle in to make it their home, Mississauga is also running out of vacant land.  There is little land left for large scale housing developments, except for a few hectares for high density housing downtown. As the demand for housing shoots up and the city continues to grow, we would say that it couldn’t be a better time to buy property in Mississauga now. Real estate prices in Mississauga can defy any economic slowdown.

Churchill Meadows neighbourhood was the last new builder housing development that was completed in 2014. The only exception is the new builder condominiums in Mississauga Square One.

Most Mississauga neighbourhoods are safe and self-contained. There is a choice of well planned neighbourhoods for all cultures and ages. It helps to have an experienced local real estate broker to short list just the right one for you.

You also have a selection of new homes and resale homes. Both come with their pros and cons.

Then there are condos that come in all shapes and sizes, including apartment style and townhouses. Condos also come in stacked form. These are small buildings that have apartments styled townhouses built on top and on the side of each other. Most of these building come with eco-friendly construction. The condo fees are kept low as these buildings do not offer high maintenance amenities like swimming pool, gym, sauna etc. Owners pay a fee for the maintenance, upkeep and replacement of common elements, snow removal, landscaping, security etc.