It is said that the site was bought for a little over $170,000, a generation ago. Just another example of how real estate investment builds wealth over time!

Approx. 700 units are planned for the first phase, and construction could begin by late 2017 or early 2018.  M City Condos Mississauga development is aiming to leverage and complement some of the existing iconic towers in the Square One area.

M City condos development will be built right next to (east side) Grand Park condos, on the north side of 550 Webb Dr and 400 Webb Dr condos, and on the south side of PSV condos and other Parkside Village condos.  Square One will definitely become more intensified. As  per City of Mississauga, proposed infrastructure development is aligned to be able to serve the residents commuting and living in the area. Rogers M City condos will complete the skyline of Mississauga when looking from east to west. Download M City Sitemap.

Rogers M City condos is one of the best choices when it comes to builder new condos in Mississauga.

Rogers M City community will be a home to some 12,000 residents and retail merchants once completed. It will have 10 towers made up of four to six-storey podiums & hi-rise condo towers of 30 to 60 storey height. M City towers is to be built to maximize direct sunlight on the central green space, with tallest towers to the north and the shortest surrounding the park. M City will also feature walkable streets, wide sidewalks, and curbside parking to shield pedestrians and controls traffic. 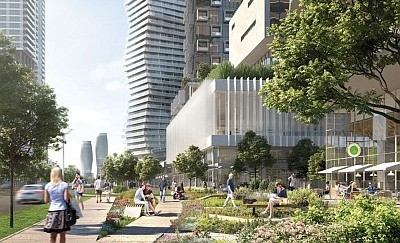 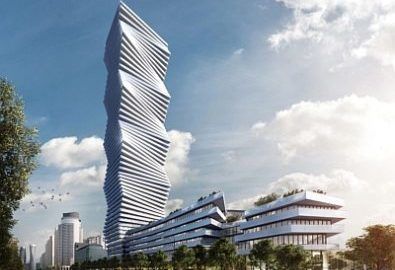 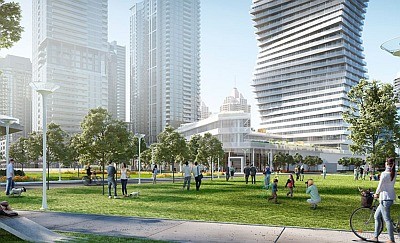 With next to no new land available in Mississauga for low rise residential construction, condo living is almost the only viable option left for first time home buyers and newcomers. We are witnessing a flurry of buying and selling in the Square One condo market.

This trend will continue to grow, as Square One will continue to remain the first choice for home buyers who have been priced out of freehold low rise homes in Mississauga. We see many Gen Y and baby boomers moving into M City condos in addition to regular investors. We represent many investor landlords in Mississauga City Centre area, and we can vouch for the quality of tenants that Downtown Mississauga attracts.

As a local condos broker team in the Square One market, our services can help you get the biggest bang for your buck when it comes to selling, buying, assigning, flipping or renting condos in Mississauga City Centre neighbourhood.

We have bought and sold many builder new condos right from Chicago, Limelight, Grand Park and Parkside Condos. We have personally seen the long lineups at launch events and seen how rates move up from priority launches to general launch. Working with a Platinum, VIP or a Preferred Broker definitely helps!

As a seasoned local condo Realtor team at Downtown Mississauga, we work with many investors and first time buyers since 2003. We offer free consultation, mortgage pre-approval assistance,  and our unique first time buyer incentives. Here are some pre-construction condo facts that you can read before we meet.

For our valued investors we not only help you buy but also with leasing your M City condo, assistance in getting HST rental rebate and offer our property management services that are unique to our buyers only. Plus, a free lawyer review of your builder’s agreement & assistance with suite & layout

As per latest information from the Builder, the project launch is expected sometime during February/ March of 2017. The good news is that our team will be one of the Platinum Brokers at M City Condos!

Time is of the essence – Urgent Next Steps to secure your M City Condo!

Our VIP buyers will receive latest updates, VIP prices & floor plans as soon as they become available. While we will share all the info with our clients as it becomes available, we need to accelerate the process by registering our VIP buyers at the Rogers M City condos. This will ensure that you are on our VIP clients list and do not miss an opportunity to avail of special prices & incentives that are unique to our clients.

OUR GUARANTEE- YOU will NOT pay us any fee for buying a condo at M City.