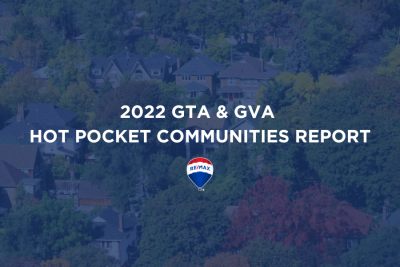 In this blog post, we will be focusing on GTA stats only.

Many neighbourhoods in the Greater Toronto Area saw a jump in detached home sales in the second quarter of 2022 as buyers locked in lower rates and took advantage of discounts. The Central and West End of the 416 area (Toronto) held up relatively well in terms of average prices while Durham, Peel, York, Halton and Dufferin gave up some of the staggering gains made in recent years.

Second-quarter detached home sales rose year-over-year in 40% of regions across the Greater Toronto housing market, with the vast majority of increases again noted in the 416 area code.

While detached housing values show substantial year-over-year gains in the first half of 2022, successive increases to the Bank of Canada’s (BOC) overnight rate put a damper on price appreciation in the second quarter of the year in regions across the Greater Toronto housing market. And softer detached housing values prompted new round of home-buying activity in the hot pockets of the GTA housing markets.

“Those fast and furious incremental increases placed downward pressure on housing sales and prices, improving affordability on one hand, but eroding it on the other.” As per Christopher Alexander, President, RE/MAX Canada.

RE/MAX found that second quarter prices in the Greater Toronto housing market were 10 to 15% below Q1 levels.

Just 15% of GTA markets noted an uptick in average price in the second quarter compared to the first. All of which fall in Toronto.

However, if we look at the six month average price values (Jan – Jun), most markets have held stronger than 2021.

“For those buyers that were active in Q2, improved housing affordability due to easing prices and the threat of higher rates down the road clearly provided the impetus for many to leap into detached home ownership,” explains Alexander.

“While we have seen some easing in prices, the sky is nowhere near falling,” explains Elton Ash, Executive Vice President, RE/MAX Canada. “In fact, there is relative stability in terms of market conditions, so buyers shouldn’t expect big bargains. Sales-to-active listings remain squarely in balanced territory overall and even tight in some areas.

RE/MAX REALTORS® also noted a reversal in pandemic trends over the past six months, as work-from-home situations have changed and buyers are reconsidering moving to suburban and rural areas.

Affordable price points also continued to draw buyers. Durham Region was also a hot spot with half of its markets reporting an uptick in home-buying activity.

There have been some existing sellers who have used this opportunity to trade up to larger homes or more desirable neighbourhoods.

The difference between the selling price of an existing property and the purchase price of a new one – has narrowed considerably, and given mortgage portability, the move can work in favour of the buyer. Condominium owners have also seen a benefit as values for their apartments and townhomes have remained relatively stable, while detached housing values have softened.

“Buying intentions overall are expected to remain healthy, even if some buyers pause temporarily,” says Ash. “While interest-rate hikes have edged up carrying costs, we can’t discount the effect of the tight rental market, which has seen average rents increase by double-digits year-over-year in the GTA. As potential buyers face those realities, many will still conclude that the benefits of ownership make better financial sense.”

Properties at higher price points have also proven resilient across the Greater Toronto housing market, with detached sales over $2 million up 10% in the first half of the year compared to the same period in 2021.

Active Inventory Down in the GTA

Despite the softening in housing markets overall, active detached housing listings in June were running almost 19% below the 10-year average in the GTA.

This, at a time when builders are shelving proposed developments due to softer demand. While the impact of those decisions will not be felt immediately, the decision to withdraw will have major repercussions on housing markets in these major centres down the road.

“Inventory remains a puzzle that policy can’t solve in the foreseeable short or long term,” says Alexander. “It’s a real challenge, as supply of detached homes remains low from a historical perspective and also in the context of population growth and future needs. This will remain a crucial factor impacting Toronto and Vancouver, which are now seen as world-class markets.

Tougher market conditions and a possible recession will be major market hurdles, but history reminds us that recessions often bring strong rebounds. There’s always a reason buyers say, ‘I wish I’d bought back then.’ Real estate has traditionally stood the test of time. Looking ahead, urbanization alone will be a significant boon to future housing demand, as Canada’s urban population is projected to grow by 10 million by 2050.”

There were 5,627 home sales reported through the Toronto Regional Real Estate Board’s MLS® System in August 2022, representing a year-over-year dip of 34.2%, a lesser annual rate of decline compared to the previous four months.

Sales represented a higher share of new listings compared to the previous three months. If this trend continues, it could indicate some support for selling prices in the months ahead.

On a year-over-year basis, the average selling price for all home types combined was up by 0.9% to $1,079,500. However, there was a greater share of more expensive home types sold in August.

‘While higher borrowing costs have impacted home purchase decisions, existing homeowners nearing mortgage renewal are also facing higher costs. There is room for the federal government to provide for greater housing affordability for existing homeowners by removing the stress test when existing mortgages are switched to a new lender, allowing for greater competition in the mortgage market. Further, allowing for longer amortization periods on mortgage renewals would assist current homeowners in an inflationary environment where everyday costs have risen dramatically,’ said TRREB President Kevin Crigger.

The Office of the Superintendent of Financial Institutions (OSFI) should weigh in on whether the current stress test remains applicable. Is it reasonable to test home buyers at two percentage points above the current elevated rates, or should a more flexible test be applied that follows the interest rate cycle? In addition, OSFI should consider removing the stress test for existing mortgage holders who want to shop for the best possible rate at renewal rather than forcing them to stay with their existing lender to avoid the stress test. This is especially the case when no additional funds are being requested, said TRREB CEO John DiMichele.

“There are other issues beyond borrowing costs impacting housing affordability in the Greater Golden Horseshoe. The ability to bring on more supply is the longer-term challenge,” said TRREB Chief Market Analyst Jason Mercer. However, the recent announcement from the government around affordable housing initiative, brings in a ray of hope for some families to say the least.

Average Home Prices by Type for the Month of August 2022

We have seen prices in Mississauga, Milton, Brampton, Burlington and Oakville drop by $100k to $150k from their peak Feb 2022 prices. A further drop can be seen soon because just last week, the interest rates have gone up again. But this was bound to happen since in the last two years, prices were up by almost 50%. So now we can expect a 25% to 30% drop from the peak (prices are already 20% down).

But no one can time the market and these are just assumptions, based on our experience. Eventually, prices will come back and surpass Feb 2022 prices. But this might take some time (2 or 3 years) in our opinion.

For sellers, this can be a great time to upgrade your homes in order to stand out from the crowd of listings in a buyer’s market.

For buyers, this can be a great time to buy as the prices are at an all time low and slowly they can start climbing up again.